Posted by Lyndsey Belle Tyler on October 9, 2018 · Leave a Comment

A former Ford Model T factory and army missile manufacturing facility in Charlotte will, through the intervention of our friends at S9 Architecture, be transformed into a major hub of creativity and innovation for the city, to be called Camp North End. Just northeast of the city’s downtown area, the development will feature 1.8M SqFt of office, retail, and event space and will be built around the historic factory which was built in the early nineteenth-century. The site was purchased by developer ATCO Properties in 2016 and opened to the public last year. S9’s master plan for camp North End sees the 76-acre campus transformed into a sustainable complex for long term occupancy by a variety of businesses, based around adaptive reuse of 12 buildings, in between each of which will be laid out gathering spaces where people can dine, socialize or hold events. 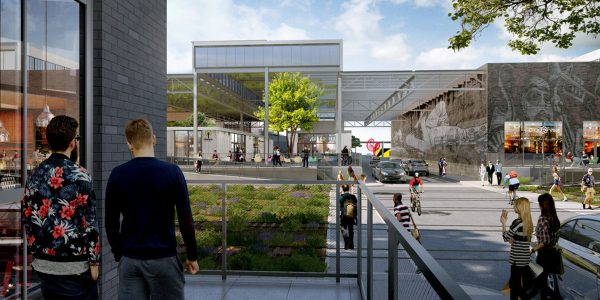