New renderings showcasing additional details have surfaced the 62-storey skyscraper by our friends at Perkins Eastman. The tower at 259 Clinton Street is part of a three-building waterfront development planned for the Two Bridges neighborhood. The current plans call for a 730′ tower, slightly taller than an earlier 724′ version, measuring over 592,K SqFt. A mixed-income residential building it is expected to contain 765 rental units, of which ~191 will be permanently affordable. The design is notable for the half-floor terrace at the top of the building. In 2017, members of city council and the Manhattan Borough President Gale Brewer sought to force developers to submit the project to the city’s land use review process, in response to which the developers have revealed additional improvements for the neighborhood, including upgrades to the East Broadway subway station, making it compliant with the Americans with Disabilities Act, as well as new turf and equipment for the Coleman Playground, and a renovation of two other nearby playgrounds. 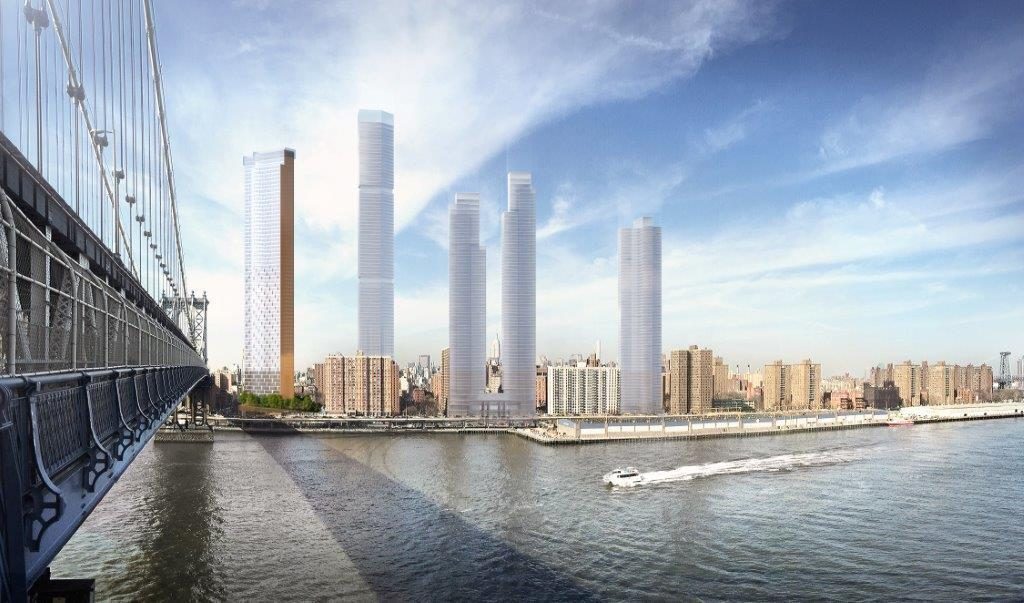