Our friends at Herzog & de Meuron have undertaken an enormous and complex project in Hong Kong which transforms a 19th-century police station, magistracy, and prison into a cultural center, connecting 16 restored heritage structures in the process. “Tai Kwun” (big station) is an eight-year, $485M project created as a non-profit collaboration between The Hong Kong Jockey Club Charities Trust and the local government. H&dM were charged with a difficult task indeed: that was, to meaningfully integrate a number of protected structures from different eras in different architectural styles; working on a steep square hillside site, and around a high former prison wall. The latter was ultimately retained on three sides of the site; original gates were revamped and an elevated walkway was introduced to create five entrances to the site. Additionally, connections between the buildings were implemented, including sculptural stairs of concrete, improving circulation and a sense of aesthetic cohesion. Also, original building materials were salvaged and reused where possible. 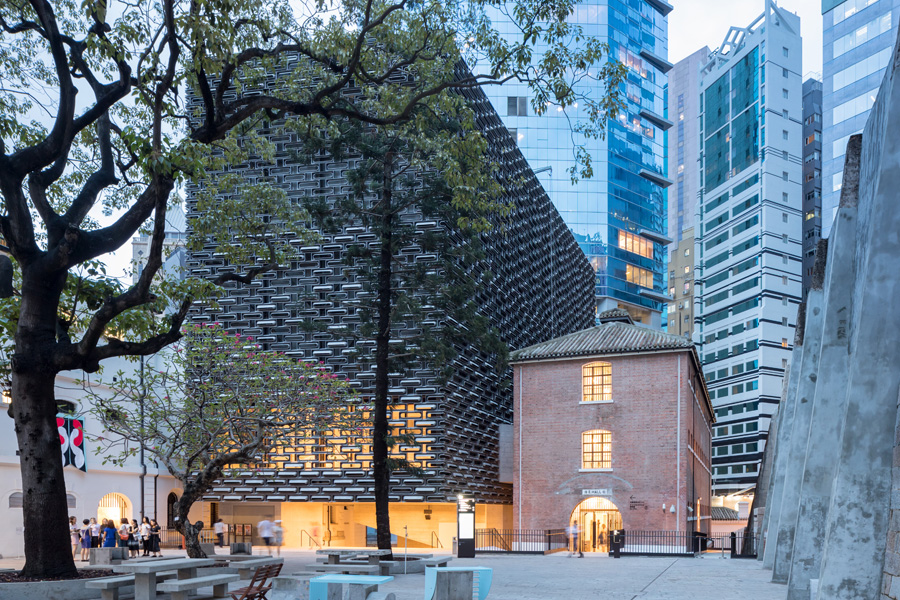