After beating out a group of 107 teams of international renown, the team consisting of our friends at Woods Bagot and Diller Scofidio + Renfro has been selected by Arts South Australia (the Australian Government’s ministry for funding for the arts and cultural heritage) to build an arts facility in Adelaide, state capital of South Australia, which will sit at the edge of a Botanic Garden near the Art Gallery of South Australia. The museum includes a sculpture park and, it is hoped, will become the foremost repository of Aboriginal and Torres Strait Islander art in the country. The designers call their scheme a “soft beacon” which follows the sloping grade of the building site. While by day the glassy structure will reflect the sky, at night the galleries will glow from within, offering glimpses inside at the collection to passersby. The plan also includes floating “sky galleries” on the top floor, and a suspended rooftop garden which in its design pays tribute to the site’s precolonial landscape, the traditional lands of the Karuna people. 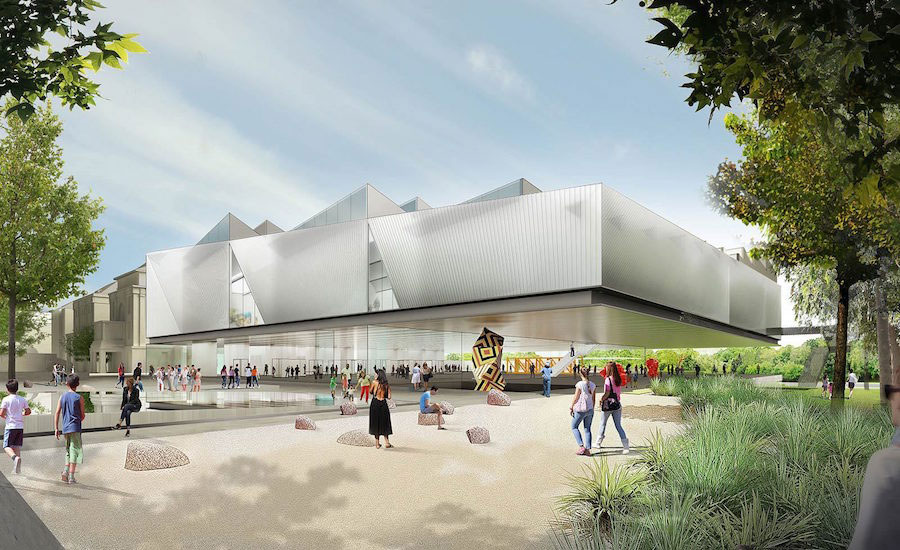 TPG Architecture has designed a New York office for Associated Press (AP), located in Pelli Clarke Pelli Architects’s Brookfield Place. It is made up of three continuous executive floors with a separate dedicated newsroom floor. The New York outpost acts as a satellite for 263 offices in 106 countries. Transparency was embraced as a design theme to reflect the ethos of the AP as a cooperative, unincorporated association of journalists working together to get at the truth behind current events. Our friends at TPG were given a canvas of 172,K SqFt of space on which to work, and charged with the task of creating a workplace “ring as on-brand” for the organization, which was established in 1846, meaning the scheme had to embrace the past of journalistic tradition and the future of news reporting. 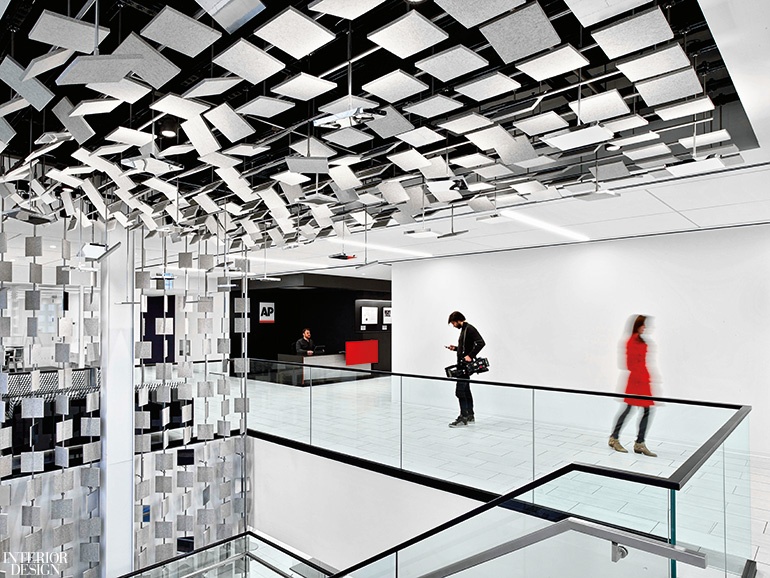 Our friends at OMA | Office for Metropolitan Architecture‘s 9-storey exhibition venue “The Tower” is a luminous white poured-in-place concrete structure which stands beside the Prada Foundation arts complex in Milano. The Rotterdam office of OMA and its head, Rem Koolhaas, along with Christopher van Duijn, have headed up the renovation of 7 former industrial buildings dating back to 1910, and constructed 3 new. The tower is relatively small in terms of footprint—21.6,K Sqft, featuring one gallery per floor on six levels, with the additional three featuring a café, coat check rooms, and miscellaneous services—but stands 200’. It features rectangular and wedge-shaped floors. 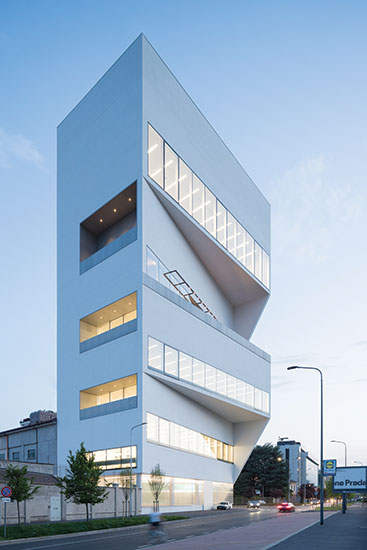