Jago is an eclectic artist and sculptor, whose works are distinguished by their technical mastery, expressive exuberance, and vigorously in-depth psychological characterizations. Drawing on his study of the great renaissance and baroque masters, his work is born of continuous research of material, and thematic synthesis within a complex cultural and conceptual framework. Jago’s ability to manipulate stone, making it soft and alive, and turning it into flesh, has earned him comparisons to the great masters; Bernini, Michelangelo, and Da Vinci. Nicknamed the Social Artist, Jago has succeeded in breaking the wall that usually exists between artist and audience by engaging admirers of his work via social media (he currently has more than 52,000 followers on Instagram, and 250,000 on Facebook). Within this, he has effectively lifted the veil as he allows his followers to witness the creative process behind his works. Jago’s sculptures have been on view throughout Italy, at renowned museum and galleries such as Galleria Montrasio, the Venice Biennale, and in Rome at Museo Carlo Bilotti. For Habemus Hominem, his sculpture of Pope Emeritus Benedict XVI undressed after his resignation, he was awarded the Holy See’s “Pontifical Medal” in 2012.

The partnership between Jago and ABC Stone was born of a mutual passion for stone sculpture and the desire to foster the continuance of traditional carving as an artistic medium. It quickly became evident that Jago, with his generational voice and unparalleled skill, would be an ideal ambassador to help ABC further its mission. ABC has partnered with the North American Sculpture Center to host Jago at their Long Island facility as he creates his first American work, the Veiled Son, from a six-ton block of Vermont Danby Marble. He is being given access to studio space and housing in addition to materials and supplies. Artists, designers, architects, and fans will be able to see the work come to life in real time as studio tours will be available throughout the summer. When completed, the Veiled Son will be returned to Italy where it will be placed by the Museo d’Arte Contemporanea Donnaregina (also known as Museo MADRE) in a public space in the center of Naples. Email lyndsey@abcworldwidestone.com to arrange a studio tour. 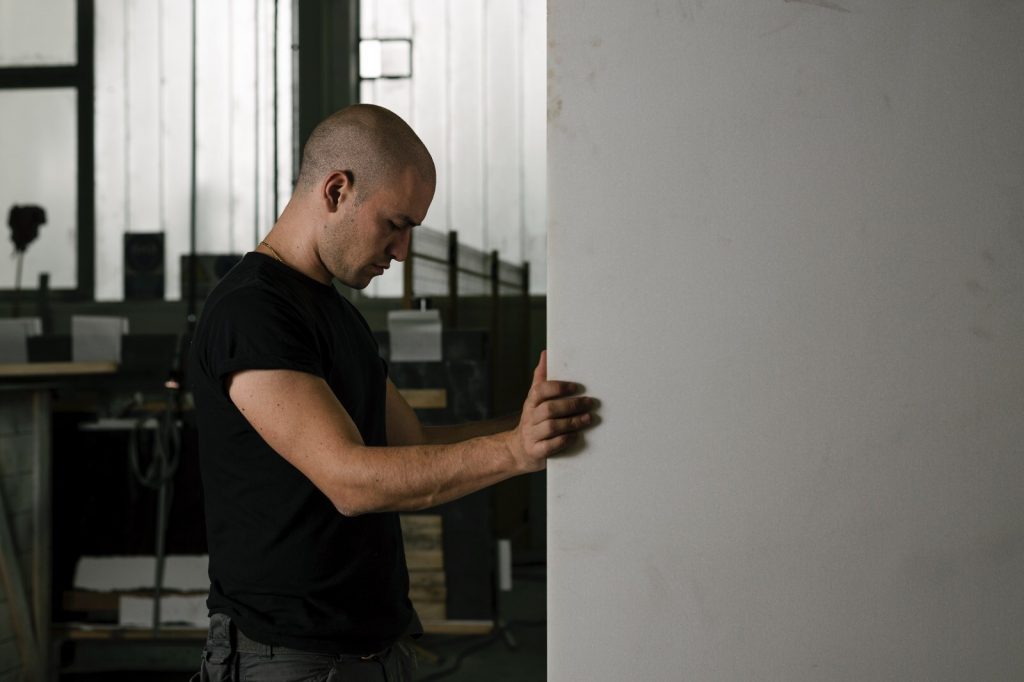 Learn more about Jago at jago.art.